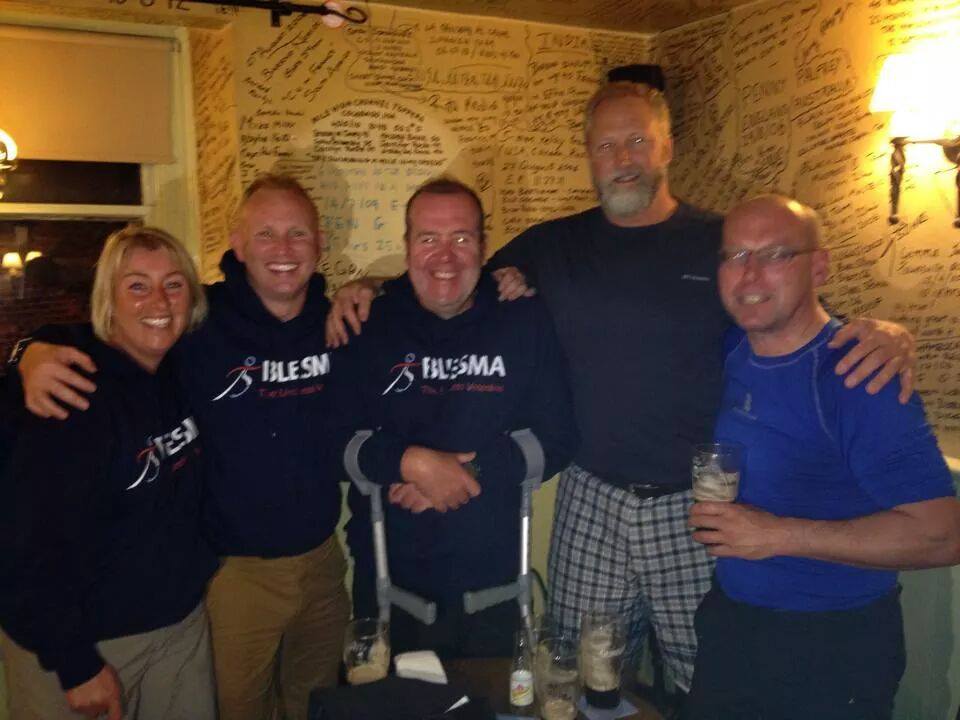 Craig Howorth (46): Craig is a right leg below-the-knee amputee after losing his leg in a road traffic accident in 2006. Craig had previously served as a submariner in the Royal Navy from 1988 to 1993. He currently lives in Bacup, Lancashire and now works as a trail leader for Military Mountain Bikers.

Jamie Gillespie (39): Jamie was serving as a Sapper with the Royal Engineers when he was involved in a road traffic accident and lost his left leg below the knee in 1994. He was discharged from the Army in 1995 and has since retrained as a prosthetist and is living in Watford.

Stephen White (49): Stephen was serving as a Rifleman with The Royal Green Jackets when a cruciate knee injury led to him losing his left leg above the knee. Stephen was discharged from the Army in 1987 and has since become a Chief Executive. He currently lives in Newport, Essex.

Conrad Thorpe (50): Conrad was born and grew up in East Africa and represented Kenya at the Commonwealth Games in 1982. He served in the Royal Marines for 21 years, during which time he was selected for the Special Boat Service and served all over the world with them, retiring as a Lieutenant Colonel. Conrad damaged his ankle while running which eventually led to an elective amputation in 2011. Jamie is his prosthetist - which is also how he joined the team. Conrad is now the Chief Executive of one of Africa’s leading risk management and security companies.

Blesma landed at cap griz nez at 18.32 on 5th September with a swim time of 12 hrs 14 mins. They were with pilot Stuart Gleeson on Sea Leopard. A fantastic swim made by all.