Are you a Junior Relay Team swimming the Channel in 2015?

Are you a Junior Relay Team swimming the Channel in 2015? 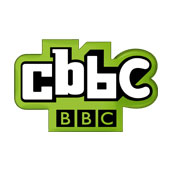 We are looking for a Junior Relay Team who is planning to take on the tall task of swimming the English Channel. Would you or they like to share their experiences and appear in a new series of the successful documentary strand My Life for CBBC? In accordance with the Channel Swimming regulations, the team needs to be made up of 6 members aged between 12 and 15-years-old. It is important that the whole of the squad and their support team is happy to be filmed, as we want to capture their amazing journey from beginning to end. We’ll be there for every step of the way, from the freezing training swims through to the team celebration completing the mammoth goal!

The series, about children and for children, takes a look at issues that affect young people, through their eyes. A number of the children will have faced or be facing some type of adversity, some may excel in their field, whilst others will have an interesting story to tell… but all will be embarking upon an inspiring, positive and uplifting journey, however big or small.

To give you an idea, we have previously produced an episode following a young girl with Brittle Bone Disease as she travels on her first school trip to Paris to attempt to climb the 704 steps of the Eiffel Tower and raise money for charity. Other programmes include BAFTA award winning My Dad’s Kidney & Me (a child who has a kidney transplant, the organ is donated by his dad), Mr Bionic Me (children with artificial limbs), Reaching for the Top (children who are striving to become the best in their field of sport), The Big Climb (a child who tries to climb El Cap, a towering rock in California), Billboard Kids (children with facial disfigurement who take part in a national advertising campaign). These are just some examples of this highly acclaimed series.

The timeline for this project is tight as we are hoping to speak with potential contributors as soon as possible with shooting taking place over the spring / summer 2015.

If you think you know a child or team who would be interested in taking part then please feel free to pass our details on. You or they can call Producer, Tim Duck, on 07968 807415 or email him at tim@6sense.co.uk. Also please forward this information to any of your colleagues, family or friends who may be able to help. For those who don’t know about Sixth Sense Media we’ve included some information and a link to our website below.

Headed up by BAFTA and RTS nominated Sallyann Keizer, Sixth Sense Media has been producing network documentaries for and about children for the past 15 years covering issues such as school-life, disability, bullying and life in hospital to name a few. Recent productions include CBeebies’ Time For School and CBBC’s My Life: Star’s Incredible Journey. We pride ourselves on our highly ethical approach to all our programme-making and always ensure that the young person’s welfare and enjoyment of the film-making process is priority at all times. Our goal is to produce programming that entertains,