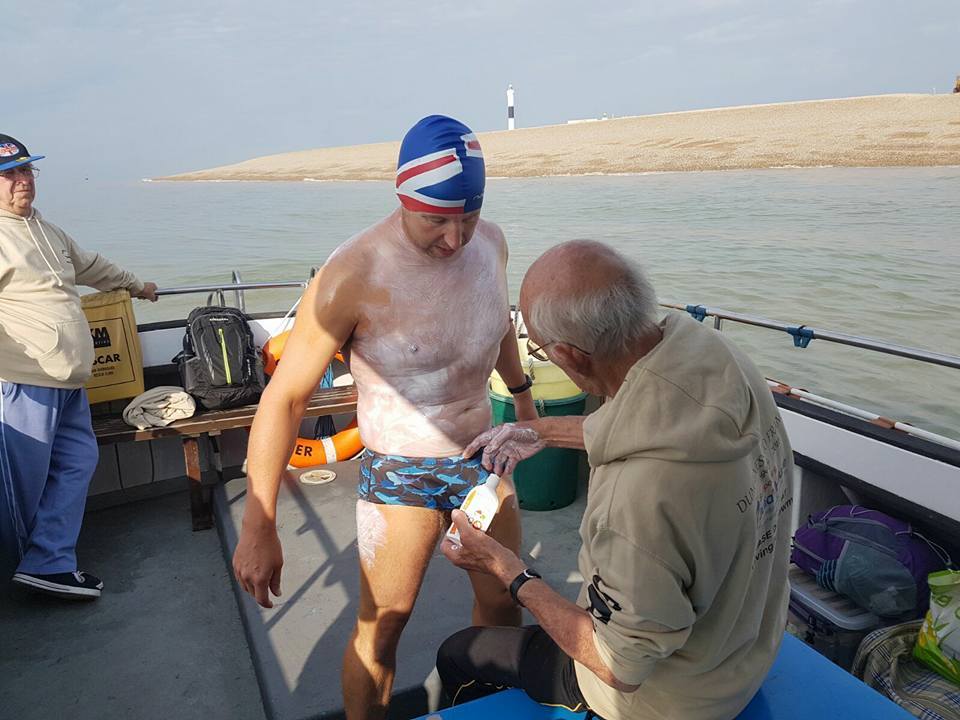 At around midnight last night Marc Newman set a new World Record swim. Marc is now the first person to complete a Dungeness to France crossing and he completed it in style landing after 16hrs and 09mins (unratified).

An accomplished English Channel swimmer, Marc made the attempt last year but was unsuccessful. This season he came back fighting. Marc began the crossing starting at 08:30hrs yesterday morning starting from Dungeness in Kent. This crossing is nearly 20% longer than the traditional route and has never been completed. He was accompanied by the CSA pilot boat Sea Leopard, skipper Stuart Gleeson and coach/CSA Vice President Tom Watch..

This is not the conventional route to swim the English Channel, it is a distance of 26 miles as opposed to the 'normal' crossing of 21 miles. The swim has been attempted a couple of times but has never been completed......until NOW!!!

A huge well done to Marc on his amazing achievement. Well deserved. His swim was raising money for Julia's House a children's hospice based in Dorset.Marc has currently raised over £3000 for this worthy cause.....If you would like to donate to his charity then click on Marc's justgiving page here:

Again a huge congratulations from all at the CSA!!!