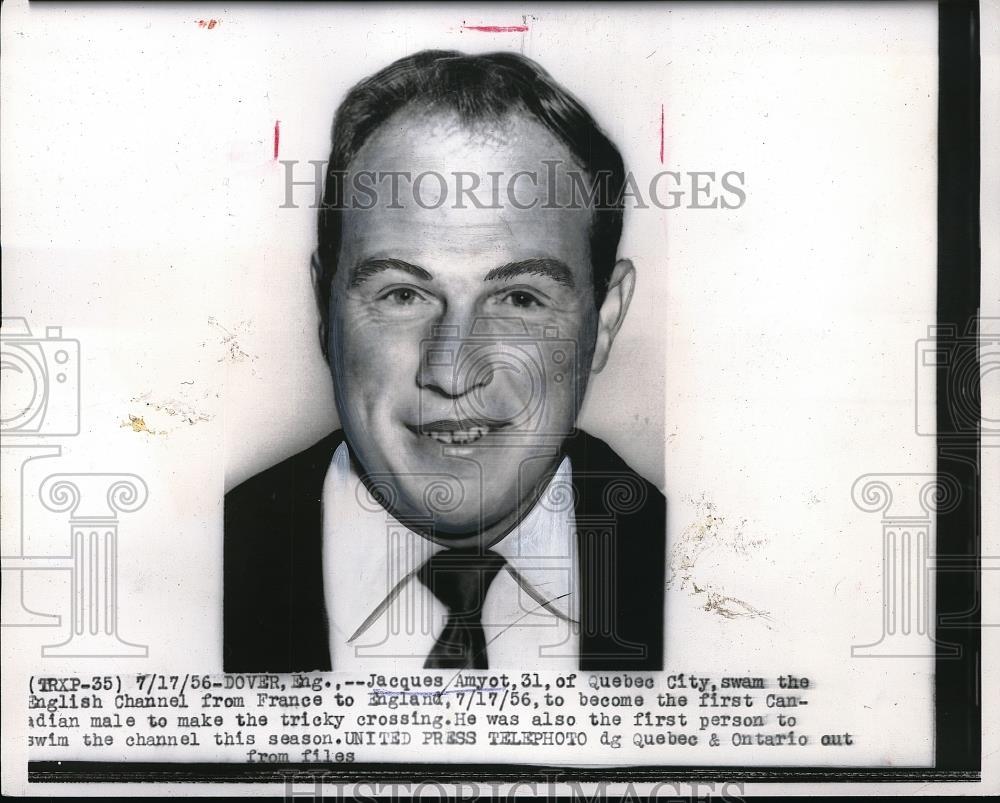 It is with sadness that we learn of the death of Jacques Amyot. He was the eldest living Channel Swimmer, having swam in 1956 and 1975.

In 1956, he swam the English Channel, starting in France, in 13 hours and 2 minutes, against strong current and cold water temperatures.

He was the first French Canadian to swim the Channel.

And in 1975, at age 50, he made his second Channel crossing, this time starting in England, trimming half an hour from his original time.

Our thoughts and prayers are with his family.