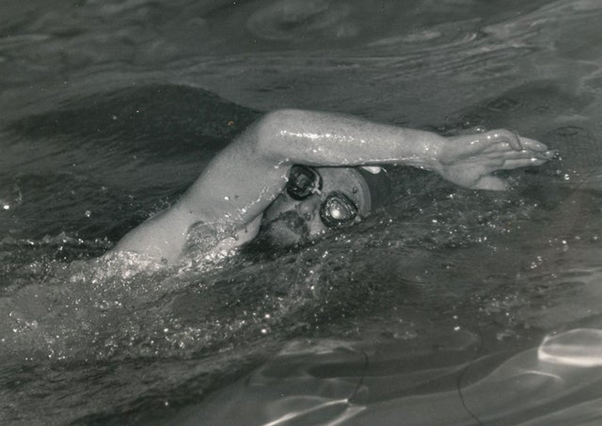 It is with great sadness that we have to say goodbye to one of our longest-serving and greatest supporters. We send our deepest condolences to Des Cossum and his family on the death of Ray Cossum, at the age of 91. He was one of our CSA Directors and a Vice President. Ray had spent the last few months in hospital in Northern Ireland.

Born next to the English Channel, the sea had dominated Ray’s life. He lived in Cheriton and was introduced to the Channel in the mid 1930’s. As a young man he served in submarines, including HM Submarines Tiptoe, Artful and Silent, serving in 3 classes and ending up as a submarine escape instructor.

As a swimmer, he competed with the likes of Gerry Forsberg (a fellow diver and former President) in some of the Irish swims and swam France/England in 1971.

A salvage engineer and diver, blowing up or recovering wrecks and cargo, mainly in the Channel, was his specialty. He worked on some of the biggest salvage and drilling operations in the far East and around the world.

But his greatest claim to fame has to be the attempted salvage in 1986/7 of the remaining gold ingots from the White Star line “Laurentic”. Whilst serving as a Royal Navy auxiliary cruiser in 1917 she was sunk by a mine, in 40m of water, off the mouth of Lough Swilly, Donegal. She was carrying 3211 gold ingots on board, worth today a staggering £1.25 billion. The wreck is now owned by the Cossum family and resting in clear waters serves as a must-see wreck for all divers.

Ray, thank you for everything you did for and on behalf of the Channel Swimming Association, you will be missed but never forgotten, it is time now to rest in peace.