If you had to assign one attribute to the kind of people who swim in ice-encrusted lakes for fun, it would probably be: weird. The secret is good preparation and persistence. If you swim regularly in cold water you will become acclimatised to it.

In the English Channel the water temperature can vary from 59°F (15°C) at the end of June, increasing to 64/65°F (18°C) by the beginning of September. It is extremely important that you are accustomed to swimming in temperatures of 59°F and below comfortably before contemplating a channel swim. Train in temperatures around 15°C. There is no need to train in water that is too cold (below 55°F/12°C) and do not assume that if you swim in 70°F/21°C waters regularly you will be fine, you most certainly will not be.

Air temperature will also play a significant role during your Channel swim. A swimmers body heat is lost from parts of the body exposed to the air. The colder the air, the more heat you will lose. The air temperature drops earlier in the evenings and warms up much later in the mornings as the days get shorter. The longest day of the year around the 21st June, sees sunrise at around 0330 with sunset at around 2200 hours. This decreases to 0600 to 1900 hours by the end of September. So whilst you may have 18 hours of light at the end of June, you will only have 12-13 hours at the end of September. The average night time temperature during the swimming season ranges from 10.6°C to 13.9°C. The yearly average night time temperature is 6.7°C. When your pilot tells you that it is warmer in than out, he is telling the truth. 2012 was a particularly brutal and exceptional year and in some days is mid summer the night temperatures fell to 6-8°C.

One of the most important conditions to look out for when swimming is hypothermia. Our body temperature is supposed to stay at a constant 98°F/37°C. Upon dropping to a dangerous level of below 75°F/24°C, recovery is unlikely. If caught early, moderate hypothermia can be reversed. Symptoms to watch out for include shivering, disorientation, drowsyness and irrational behaviour. When speaking to a hypothermic person they may be unable to coordinate, speak, or respond to requests. If hypothermia does arise, you must do as instructed by your crew members – your life may depend upon it! 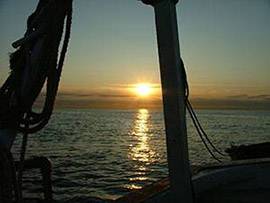 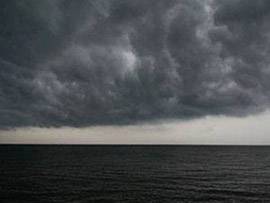 Latest Observations from Sandettie
8 February 2023, 6am 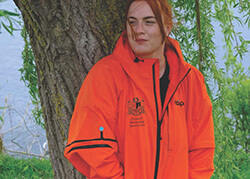